This was my last column for the local newspaper (The Free Lance-Star)  telling how happy I am to not be part of the "business -of-medicine" rat race any more. 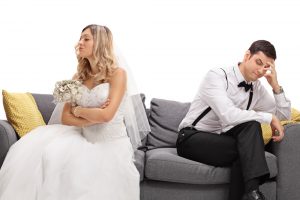 So Short lived It's An Annulment

I am having deja vu. But from a safe distance thank God.

My vicarious angst comes from talking to my colleagues at Pratt Medical Center, the group I was with for 24 years, who are now going through contortions as the “marriage” with Sentara Healthcare is annulled after 2 years.

As noted by Cathy Dyson reporting, here in the Free Lance-Star, the group did this before and I’m having a “been there, done that, got the tee shirt” moment because Pratt got heavily in to debt back in 1998 (doctors are not good businessmen, and no one was watching the shop). At that time we partnered with the “business management company” Symbion to provide a badly needed influx of cash.

I use parentheses because the company did virtually nothing in the way of management. They were just very adept at skimming their percentage off the top.

I was on the Board at Pratt and dealing with the dissolution of our arrangement with Symbion to buy ourselves back required we doctors to “put some skin in the game” and sign a promissory note so the bank could take our first born if we defaulted.

They were difficult times and the group also had to implement some hard nosed, and unpopular policies, like a restrictive covenant (we couldn’t afford doctors coming, building a practice, then breaking off on their own practice).

We also implemented productivity mandates (we couldn’t afford doctors who didn’t pull their weight). This made for some upheaval, and, as Cathy Dyson notes “Pratt became a revolving door after that; nearly 25 doctors left in 2002 and 2003. Law suits followed as some departing physicians sought to disentangle from Pratt.” It didn’t do much for the public relations of the group.

Then Pratt tried again. But from said colleagues I am given to understand the reported lack of “greater synergies with healthcare providers in Fredericksburg,” that was “never fully realized” was that Sentara was trying to get its foot in the healthcare door in the Fredericksburg area to expand the market for its Optima Health insurance product.

Or, as one colleague told me his physician’s assistant put it “I feel like the unattractive girl who some guy dates to get to her much more attractive friend.”

So there is once again a need for large financial infusion and it sounds like again doctors in the group are being asked to sign on the line.

What all this shows is how far we have come from the days when a Marcus Welby style doctor would simply find an office, hire a nurse, and hang out his or her shingle.

Primary care has become an enterprise, and, as I was writing about last month (sorry if I’m seeming a broken record), has attracted the titans of industry as a cash cow.

A survey in 2014 for The Physician Foundation showed a mere 31 per cent of Primary care physicians identify as independent, as opposed to being employees under the umbrella of some hospital or large corporation.

This is reflected in moves like United Health buying up DaVita Medical, one of countries leading medical groups, for $4.9 billion. CVS is purchasing Aetna, the countries third largest health insurance company, which Fiercehealthcare.com describes as “a shot across the bow that is aimed directly at primary care practices.” Amazon announced it’s venturing in to healthcare in partnership with deep pocket organizations JP Morgan Chase & Co and Berkshire Hathaway to launch an independent healthcare company. And urgent care clinics are becoming more prevalent than Starbucks.

The spur for all this corporatization of primary care is that, though desperately needed, it is becoming less attractive. Profits get shaved as insurance companies get cheesier, and the administrative burden and overhead has grown.

I hear a lot of libertarian style gripes from doctors about “too much governmental overreach” with the mandates and incentives of the Affordable Care Act. Stuff like mandating electronic medical records; dinging doctors who don’t use that EMR to its fullest and participate in “meaningful use.” Medicare changing from fee-for-service reimbursement to pay-for-performance (P4P).

Stuff that seems to me will be good in the long run but implementation adds to the doctor’s busy work.

So Pratt is bucking the trend by buying back its independence. Though I am glad to not be in the thick of it, I feel for my colleagues who just want to be doctors. Who just want to get on and see patients and not have to be administrators/negotiators and entrepreneurs at risk of losing their shirts.

My opinion is that all this corporate takeover is a bad thing. It is changing the focus from compassionate, personalized healthcare to the bottom line.

Maybe Pratt again buying itself back could be the start of a reversal?