Sending Your Male Patients to the Gynecologist

It was a bit disorientating telling this guy I was seeing in the clinic that the painful swelling he presented with was being reported by the radiologist as possibly being scar tissue from a cesarean section or endometriosis. 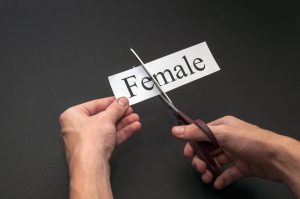 Endometriosis is a condition where the endometrium (the inside lining of the uterus that normally gets shed at the end of the menstrual cycle) gets where it’s not meant to be. It can cause deposits, usually around the pelvis, that become painful.

Either way, scars from C sections and endometriosis are condition only see in women – normally.

But times are changing. The explanation is that this guy is a transgender and in the process of going from female to male. He is/was a mother and has children, some born by C section.

The debate was what kind of a specialist did he need to go to, in order to get his swelling sorted out. Another provider had referred him to a gastroenterologist. Someone else had suggested a general surgeon. I opted for a gynecologist.

I just wonder what the gynecologists office staff will say when some guy calls up wanting to make an appointment.

Incidentally, there seems to be misunderstanding about transgender and homosexuality/sexual preference.