The Medical Billing Discount That Isn’t 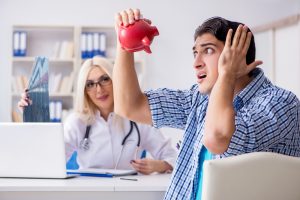 Betty had a fairly minor operation at a local hospital. Sufficiently minor that the insurance company thought it was worth only a measly $2,784.57 – or that was their “allowable charge.” So they discounted some 84 per cent off the bill.

What’s wrong is that it is a great example of what an absolute farce the whole business of medical billing has become – hospital billing in particular.

Steven Brill, in his landmark cover story in Time, (http://content.time.com/time/subscriber/article/0,33009,2136864-11,00.html ) explains it. How doctors and hospitals use this fantasy pricing system called the “chargemaster” that bears no relationship to what something cost – or any kind of relationship to the real world.

The “chargemaster” is responsible for all those egregious examples you read about, like Tylenol pills costing $15 a pop; a one cent plastic medicine cup costing $10; a box of tissues – drolly described as “mucus recovery system” - costing $8.

Despite the respectable seeming “non-profit” status of many hospitals (which of course means they don’t pay taxes), they and other players in the healthcare field have been cleaning up. “Over the past few decades, we've enriched the labs, drug companies, medical device makers, hospital administrators and purveyors of CT scans, MRIs, canes and wheelchairs” notes Brill.

Debt collectors aren’t sympathetic to your complaint that it’s not fair that you don’t get that 84 per cent discount like Betty.

Even if you do have insurance, these insane prices drive up the cost of your premium.

To be fair hospitals do claim they give a discount to the uninsured, but from what I know of it, it’s a pretty hit and miss business, and requires a certain chutzpa on the part of the patient.

As if that’s not egregious enough, “it’s estimated that 80-90% of hospital and medical bills contain items or services which are either overcharged or should not have been charged in the first place!” Notes Medical Billing Advocates (https://billadvocates.com/dispute-medical-bill/) - a site that will help you understand that inappropriately named “explanation of benefits” and negotiate your bill. Always get an itemized bill they say.

And you need to shop around. A survey of hospital charges in California showed the charge for the same operation (appendectomy) ranged from $1,529 to almost $183,000. Quite a spread.

Go to Healthcare Bluebook (https://healthcarebluebook.com) to find out what a fair price should be.

Another thing to watch for is that everyone involved in your care should be in your health insurance plan.

A (very informative) Readers Digest special report on hospital billing (https://www.rd.com/health/healthcare/special-report-why-a-hospital-bill-costs-what-it-costs/) notes a particularly apt acronym for those doctors who you are liable to get a surprise bill from - radiologists, anesthesiologists, pathologists and ER doctors. The acronym is RAPE.

There’s a lot more you can learn to minimize what you pay – it is a science unto itself. I am of course being facetious when I say Betty’s insurance is so wonderful to give her an 84 per cent discount.

This is fantasy – like the bill in the first place.

There is a whole chapter in Managing Your Doctor on ‘How to Get the Right Price.’