There are many influences that impact our health. Certainly poverty is associated with poor health – but it seems the shock of suddenly becoming impoverished is a health hazard of its own. 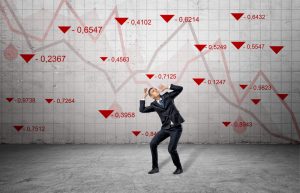 Dropping Net Worth Will Crush You

This was correlated with depression and anxiety, which I guess is not surprising. But also high blood pressure, and other health issues making these people 50 percent more likely to die than people who hadn’t suffered this catastrophic loss.

One of the factors noted that is likely to increase people being sick and dying – which I see all too often working at one of the “safety-net” free clinics - is, people who’ve lost their nest egg are unable, or reluctant, to pay for expensive drugs and doctor visits.

God forbid we should have universal healthcare, so poverty doesn’t stop people getting preventive care that would help break the association of poverty and illness.