A new study challenges the justification drug companies make for why they charge so much for medications. For cancer drugs especially.

The cost of drugs is way higher in the US than other countries. Reuters reports on average cancer drugs in the US are three times what they cost in the UK – which in turn often has higher prices than a lot of other countries. 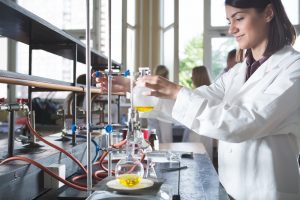 Trying to Hit the Jackpot

The pharmaceutical industry always justifies its high prices by how much it costs to develop a drug and bring it to market. The current price tag cited by the drug industry is $2.7 billion. But two researchers from Oregon Health and Science University (Vinay Prasad) and Memorial Sloan Kettering Cancer Center (Sham Mailankody) published an analysis of the cost of developing cancer drugs in the September 11th 2017 issue of JAMA Internal Medicine. They claim the real cost averages a mere $650 million.

There is some challenge to this from Tufts University for the Study of Drug Development Research, who came up with the previous price tag. Their director, Joseph DiMasi is reported by the NPR site Shots Health News as claiming the researchers didn’t give sufficient credit for the numerous drug company failures – medicines in development that turned out to be ineffective or dangerous and never got approved by the FDA.

Massive Profits on Many Med’s

It’s not just cancer drugs however that are so much more expensive in the US. Mic also reports on the peptic ulcer drug Nexium as costing $215 in the US versus $42 in the UK.

The cost of medicines in the US is a major issue, and a major contributor to the massive cost of healthcare. The pharmaceutical industry justifies it’s prices by the high cost of research and development and claim this has a major impact on their profitability.

Critics point out drug companies are very secretive about publishing their actual costs, but are accused of rolling their marketing costs into the R&D numbers, and that this constitutes the major part of the expense (the BBC for example notes one year Pfizer reported costs of $18 billion, but $11.4 billion was marketing and only $6.6 billion on true R&D - all while making an “eye watering” profit of 42%).

In a commentary in the JAMA Internal Medicine, editor of Modern Healthcare Merill Goozner notes "the industry consistently generates the highest profit margins among all U.S. industries."

Those outrageous prices and profits are possible because, unlike other countries, our legislators won’t impose controls on prices. 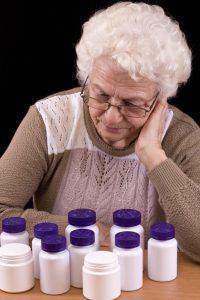 She Gets to Pay for Those Drug Company Profits

And at the risk of sounding corny, it’s the little old ladies on multiple medicines, and unfortunate cancer patients who that are paying for those profits.