This was my latest monthly column in the Free Lance-Star on January 28th. The more heretical books I read about how clinical trials can be misleading, the more skeptical I get about being able to make a rational, informed decision about medical treatment/interventions.

Despite my idyllic, relaxed retired life in the country, the old blood pressure’s been running a little high. Wondering do I need to do something about it, and if so what, makes me feel like a patient. 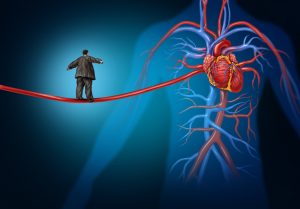 Of course the all too common scenario for patients is that the doctor says “here take these pills.” And that’s that.

And your doctor will think you’re a pain in the Gluteus Maximus.

So Hard to Get the Strait Dope

Determining the benefit and the harm of a medicine or treatment, usually comes from it having been tested in a clinical trial. Usually against a placebo. But there are pitfalls.

Clinical trials can be manipulated to make the product look good; the data can be cherry picked; bad results can be buried; the placebo can have a significant “placebo effect”; if it’s not a randomized controlled trial (if it’s an observational study for example) that’s not so good.

Trials can use a “surrogate end point” – something you’re not really interested in but that is often easier to measure - measuring cholesterol is easy, but it’s not quite the same as measuring vascular disease.

Then the data can be presented in a misleading way – the glamorous Pfizer rep would tell me “there’s a thirty six percent reduction in risk of heart attack in people with cardiac risk factors when they take Lipitor.”

I prescribed it for everyone.

Then I found out about number needed to treat (the number of people who have to take a medicine for one to be saved a heart attack). Yes the heart attacks went down by about a third – from 3 percent to 2 percent - but 100 people had to take Lipitor for 40 months to save that one person a heart attack. The NNT was 100.

The 99 others got no benefit but were still subject to the risk of muscles pains and danger of developing diabetes. Not to mention the expense if they weren’t part of a trial.

Often what happens is some expert in the field, or learned body – like the American Heart Association (who have just revised the guidelines for treating high blood pressure dropping the acceptable level from 140 over 90 to 130 over 80) crunches all the numbers from multiple trials and comes up with a guideline for us peons to follow.

This is good because 25 studies are published every day – which is too much to keep up with. It’s TMI for doctors (rather than the usual “eewwwuuu Dad . . . TMI” from your kids when you talk about old folks having sex or something equally inappropriate).

Reliance on experts, who are subject to coercion by drug companies, is referred to by the wags, as “eminence based” rather than “evidence based” medicine.

This might seem OK, except guidelines and medical dogma are built on shifting sands.

Writing in Your Medical Mind: How to decide what is right for you Jerome Groopman, MD and Pamela Hartzband, MD report that 14 per cent of guidelines are revised within a year, and fully half are overturned by five years.

How many examples of “U-turn medicine” can you think of? There’s all too many.

Or I’ll bet a lot of women, who diligently go to get their mammogram, don’t know how iffy the whole thing is. That some studies show no lives are saved (an NNT of infinity). The New England Journal of Medicine recently printed a recommendation by a Swiss Medical Board that we should give up on mammograms.

But What’s Right for Me?

Finding a study that exactly addresses my situation – what’s the risk for a 72 year old codger with a blood pressure somewhere between 120 and 140 over 80 to 95 – is a problem.

People have this cussed way of being individuals, so what works for the population as a whole may not work for you. You have to make an educated guess.

Personal bias also plays a big part in deciding what to do. Though people like the Dutch mathematician Daniel Bernoulli have tried to put some objectivity in to it with so called “expected utility” - a calculation that estimates the probability of achieving a particular outcome and some measure of its significance. Still people (and doctors) show bias. They are maximalist (“do everything) or minimalist; they are doubters or believers.

Also beware that it seems doctors often have a different take on the importance of how some factor will impact your life.

Do you wonder I am having trouble deciding what to do with my blood pressure?