We Still Need to Think Ahead About How We Die

The need to discuss end of life plans still seems as acute as ever.

I wrote about The Conversation Project for our local newspaper, The Free Lance-Star back in February 2014 (which I paste below). But in yesterdays Health section they have an article from Kaiser Health News with the same message - talk about your end of life plans/wants before lady luck comes by and puts you in the ICU. 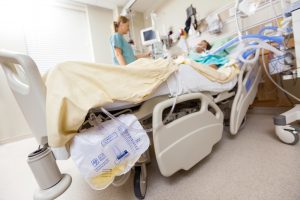 There's lots of interventions, so lots of decisions to make

This is what I wrote:

Jessica Dederer is someone who is more involved with death than most of us. But a recent conversation with her 15 year old daughter made her realize that even her family needed to heed the message of The Conversation Project (TCP) - an organization formed in 2010 that is mounting a campaign to encourage people to talk about their wants for end-of-life care.

As manger of Mary Washington Hospice and Palliative Medicine, in Fredericksburg Virginia, Jessica is dealing with people with terminal illness and imminent death all the time. And is more aware than most of the need to know what people want.

But when her daughter had surgery recently, Jessica signed all the forms and gave all the permissions and assumed she knew her daughters wants, should some catastrophe befall her like that of Jahi McMath, the 13 year old who finished up brain dead after having her tonsils out – and the subject of massive legal wrangles.

It was only after the surgery and they were talking about the prolonged coma and final death of Ariel Sharon and she said to her daughter “they should have let him go already.” And her shocked daughter fired back “mom. . . . . he’s still alive.”

It was then she realized, even for a member of her own family, she didn’t know what her wishes would be for end-of-life care. Because they’d never had “the conversation.”

In the old days it was easy. With the relatively little doctors could do, severe illness was like bad weather – as end-of-life researcher, Joanne Lynn, puts it. It “strikes without warning, and you get through it or you don’t.” 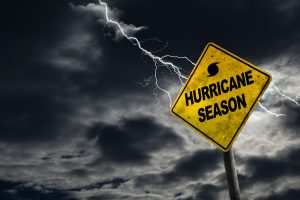 You Survived the Weather or You Didn't

People prepared themselves reading tracts like the Ars moriendi (The Art of Dying) - a very popular work published in many languages in the 1400’s talking about ways to prepare for death, and how to ensure your place in heaven.

But now death has become complicated. “Progress” means we have many tools to keep people alive - resuscitation with CPR, intubation, ventilators, pacemakers, dialysis, antibiotics, artificial feeding/hydration. Or an every growing number of less acute interventions like chemotherapy radiation and surgery that are available.

And dare I say it, these are often presented with a little too much enthusiasm.

There are many wonderfully skilled technicians notes Katy Butler in her book Knocking on Heaven’s Door but sometimes “with their own agendas.” And there is a tendency for the default position to be to “do everything” unless you specifically say “no.”

So terminal patients often end up in the ICU spending their last days in pain, confused, sedated or restrained, a tube in every orifice - including their trachea if intubated and on a ventilator precluding any meaningful interaction, notes Amanda Bennett in her book The Cost of Hope: A Memoir about her husband dying of kidney cancer.

The counterpoint to this is hospice – whose focus is on quality of life, comfort and function, and not definitive, life prolonging, treatment - though paradoxically often hospice patients live longer.

The Conversation Project reports only 7% of patients have had a discussion about end-of-life care with their doctor. “Too many people are dying in a way they wouldn’t choose, and too many of their loved ones are left feeling bereaved, guilty and uncertain” they say.

But despite the almost universal fact that people who finish up with hospice wish they had been plugged in sooner, the average duration of care is only about two weeks.

This in part is due to the unfortunate culture that exists among doctors. We tend to all be subject to, not just the universal attitude in our culture today that death is taboo, but are taught death is failure.

And often referring to hospice is seen as giving up. “It’s difficult for the doctors” says Jessica, “they are trained to fix and heal, and when a doctor has to says we can’t make you better, they feel like their abandoning their patient” she said.

A further reason to call your own shots and avoid the “do-everything” hurdy-gurdy is that you can run up some serious medical bills – which not infrequently are just an expensive exercise in futility.

Amanda Bennett questions what was achieved from the $14,022 that the last three days of her husband’s life cost. 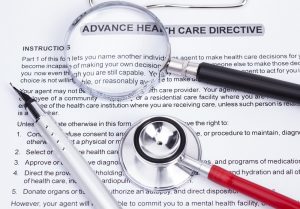 “Death is an inevitable aspect of the human condition. Dying badly is not” notes the Hastings Center bioethics research organization.

How to avoid dying badly is with an advanced directive – a list of instructions to your doctors and your loved ones about exactly what you do and don’t want, when you are dying. Which is of course exactly what The Converstaion Project is trying to get people to talk about and clarify.

This is also sometimes called a living will and often incorporates a “DNR” (do not resuscitate) to inform the doctors which of those life prolonging interventions you want - don’t want. And everyone is advised to appoint a power of attorney (POA) – a person to make medical decisions for you if you are incapable.

One problem is that conventional advanced directives tend to be rather vague, and not give your medical team sufficient detail to know exactly what you want and don’t want. The TCP website at (http://theconversationproject.org/) provides a detailed form to fill out to clarify your wishes - and about how to talk to your doctor about your end-of-life wishes – which a lot of people find difficult and which doctors are not very good at initiating.

There is also an elaboration of the basic advanced directive called the POLST (Physician Order for Life Sustaining Treatment) that gives much more detailed instructions and that is gradually gaining legal recognition in more and more states.

Everyone should have an advanced directive of some kind (you never know when the grim reaper is coming to visit). And, as Jessica and the TCP are urging, we need to start talking, “with the people we love” about this uncomfortable business of dying. And we should “begin at the kitchen table” says the TCP, before rather than after you land up in the intensive care unit.