Fed Up With the Fattening of Our Children

I have just left a crowd of riled up vegetarians, vegans and tree huggers at the Salem Church Library – after a screening of the movie Fed Up and a discussion after, that I was supposedly moderating. 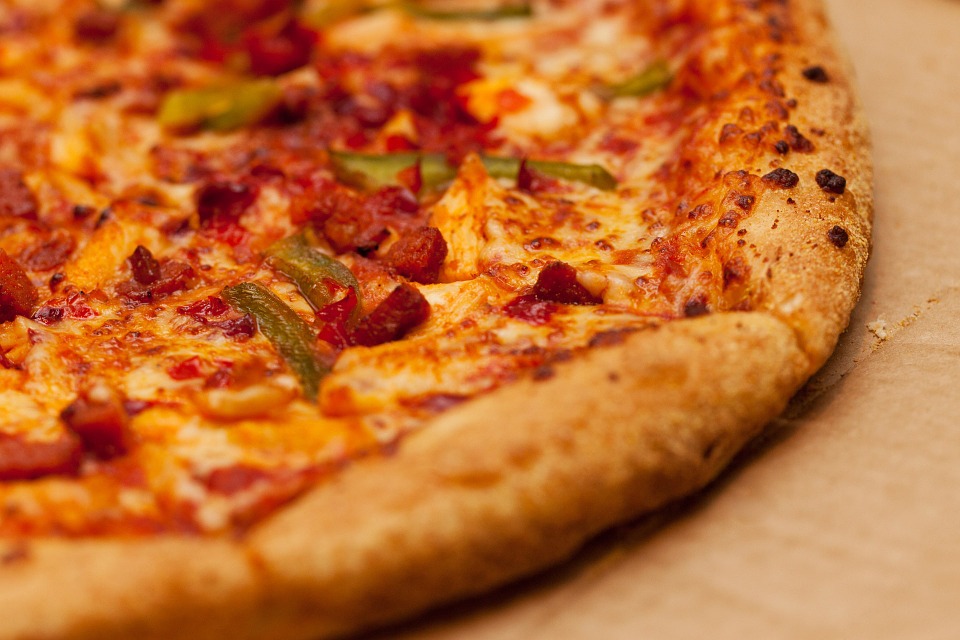 School Pizza - where tomato sauce is considered a vegetable.

The basic tenet of this film is an emotive one. That our kids in particular are eating a diet of junk food that is making them obese, diabetic and chronically sick. All because the fast food industry is making lots of money and is using it and its lobbying clout to buy the politicians and the US Department of Agriculture.

The movie tells how many schools sell branded fast foods, and gives fast food franchise tchotchkes as rewards (Domino’s Pizza, Taco Bell, Mc Donald’s, Papa John Pizza, Subway to name a few). Some schools are even fast food franchises themselves. Then there’s the soda machines the schools like so much because they make money for their sports teams.

Even when the school is providing non-franchise food, it’s a lot of frozen, processed, calorie-dense junk food – as budgets have been slashed so there’s not the money to prepare real food at the school.

The movie also focuses on the massive amounts of sugar – particularly high fructose corn syrup – that is added to all our foods, for which the USDA provides $8.1 billion in subsidies to grow corn. And how gas stations that used to just sell gas, and just about every other retailer, has racks of kid-enticing candy at eye level at every checkout.

Producer Stephanie Soechtig, through narrator Katie Couric, points out the conflict of interests for the USDA both regulating the food industry, and being responsible for creating recommendations for a healthy diet. How, for example, the industry blocked the adoption of WHO recommendation that our diets should contain no more than 10% of calories from sugar. The industry insisted on 25% for the US.

We are sacrificing our kids health for the sake industry profits, and feeding the diabetes epidemic - that is predicted to grow 50% between 2011 and 20130 and cost us
a bunch.

Skeptics criticize the statistics quoted, and the demonization of “big sugar” as biased or not completely accurate. But for me, the overall message of this movie – sponsored by Fredericksburg Food Co-op, The Doctor Yum Project and the vegetarian Group for animals, earth and health – is valid and urgent.

Everyone should get riled up by seeing this provocative film – then wrestle with the question the audience did, of where do we start the education and reform of the public, and the politicians.