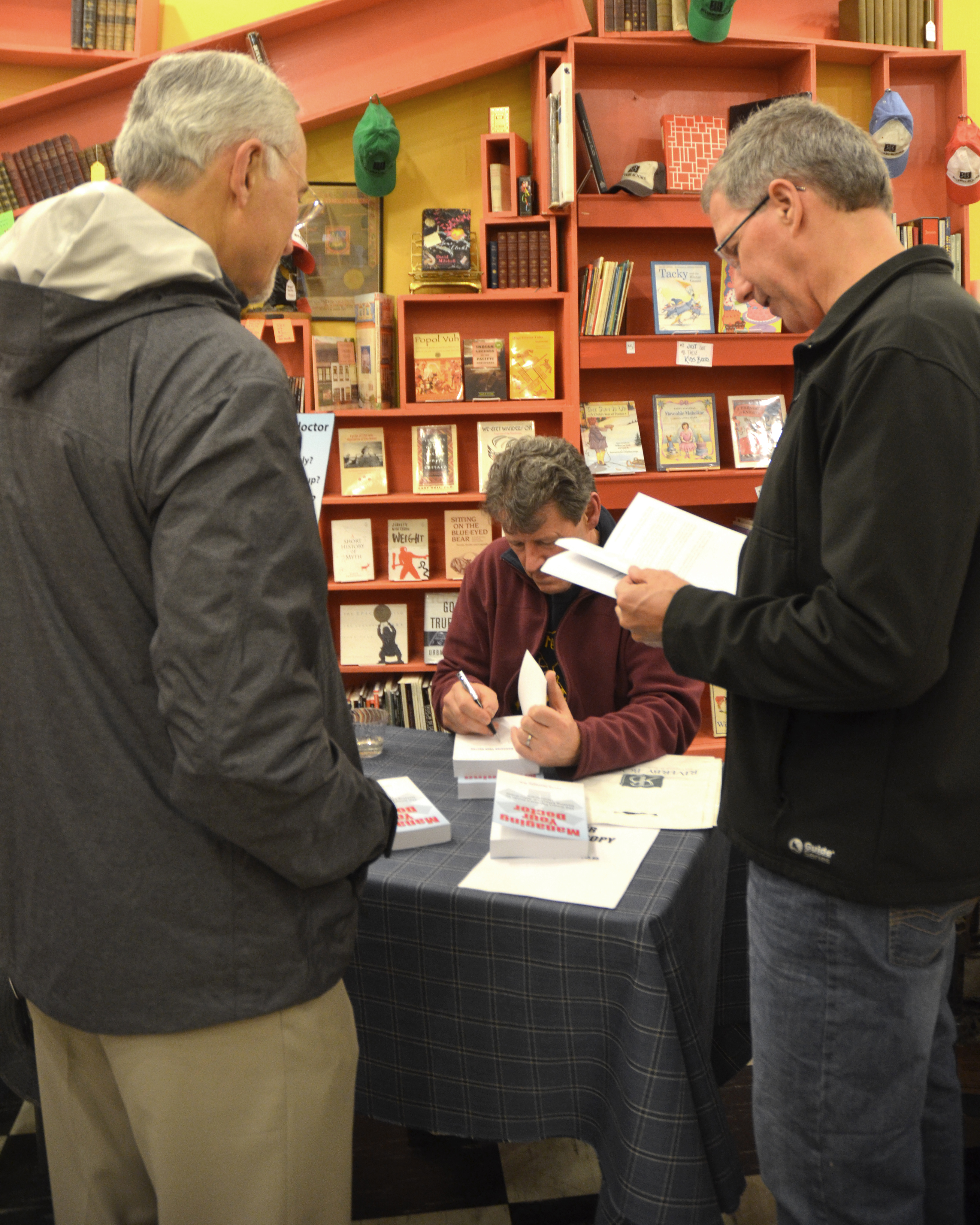 Pursuing my alternative career as a writer, just the other day I went to peddle my wares at a book fair run by the Riverside Writers Club at Locust Grove Library.

We enthusiastic writers were just setting up our tables with our piles of books and marketing paraphernalia, when one of the library employees bustled in greatly agitated to retrieve some cushions from the cupboard, saying, “Someone fell in the parking lot.”

The trouble with being a doctor is that everyone looks at you and expects you to go do something clever. Often though—as in the case of an old guy who had tripped and knocked himself out for a few seconds and acquired a nasty laceration on his temple and was bleeding like a stuck pig—there's remarkably little you can do.

Someone had called the rescue squad, which was a good move. But this guy was determined to get up, against all of our good advice. He was being surprisingly belligerent, saying, “I just want these damn people to get out of my way” and insisting on stumbling to his car, though he couldn’t even really stand without assistance.

Luckily a sheriff’s deputy arrived and proved better at restraining him and persuading him not to drive away.
But why was this guy so out of it and stroppy?

Because he’d banged his head? Not the usual symptom.

Was he drunk? It was only 1 pm. I guess some people have had a snort by that time, but he didn’t smell of alcohol.

Was he on some kind of medicine that would make him a bit loopy? Did he have some premorbid psychosis or other condition, like diabetes with low blood sugar, that can make you cranky?

I certainly thought he needed to go to the ER to get checked out, but I can imagine he wouldn't be the easiest patient. I was struck by how helpful it would be for the doctor who ends up seeing him to have his medical history readily available, instead of struggling to wrest it out of him.

So, your free tip for today:

Consider investing in one of those credit card-sized information storage devices (like the Care Medical History Card) on which you keep your medical history and records. Stick it in your wallet and, should you fall on your ass or your head or suffer some other misfortune, your healthcare provider can access this potentially life-saving information.