Beyond “You Are What You Eat.”

The idea that we are what we eat apparently was touted first by French lawyer and epicure Anthelme Brillat-Savarin in a meditation on the effect of gastronomie on gout in 1826. 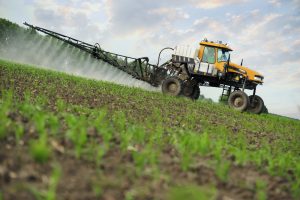 There's Many Ways Our Food Gets Contaminated

The exact term “you are what you eat” was first used in 1923 in an advert in the Bridgeport Telegraph claiming “ninety per cent of the diseases known to man are caused by cheap food stuffs. You are what you eat.”

Somewhat perversely to our modern, “plant based diet” thinking, this was actually an advertisement for beef, and would have been a little alien to the hippies and proponents of macrobiotic eating in the flower power ‘60’s who popularized the expression.

Speaking at a recent meeting of the Fredericksburg Vegetarian Group, Dr. James Loomis, Medical Director of the Barnard Medical Center in Washington DC, where they combine medical care with the latest in prevention and nutrition, took the idea one step further.

“You are what your food eats,” he told us, when talking about how “A Plant Based Diet Can Save You and the Planet.”

If the plants you eat are growing in soil loaded with toxins. If you eat fish and meat, or animal products like milk and cheese that have been given toxic chemicals/antibiotics/hormones, it’s going to be the same as if you ate those toxins direct he noted.