What Traumatizing Kids Can Do To Them

This is a piece I wrote for the Free Lance-Star about the incredibly long term effects adverse childhood events (ACE's) can have on people.

What's the prospects for kids currently being separated from their parents at the border? 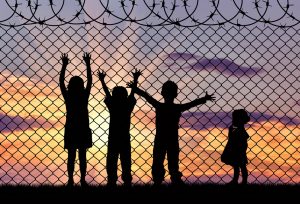 I was not giving much thought to the childhood experiences of the disheveled old guy I was treating for emphysema and excess alcohol consumption at the clinic the other day – but I should have been.

This realization was brought home to me by a presentation at the annual conference of the Virginia Association of Free and Charitable Clinics I just attended in Virginia Beach.

Usually the agenda is a lot of organizational and logistical stuff. But this time a clinically orientated presentation by social worker John Richardson-Lauve, LCSW from the organization ChildSavers, about effect of adverse childhood events (ACE’s), was an interesting deviation.

I have heard occasional references to ACE’s before, but didn’t appreciate the profound and lifelong effects. Even influencing the functioning of the immune system and longevity.

The idea of ACE’s having bad effects in adulthood came from an analysis of women dropping out of an obesity/weight loss program being run by Kaiser Permanente in California. When interviewed, it was found the majority had experienced sexual abuse as a child.

Adversity is any event, or series of events or circumstances, that mentally or physically threaten and overwhelm the emotional coping abilities of the kid. So things like:

The effects are multiple - many of which you might be surprised as being stress related. Stuff like:

Some consequences one can understand better, as the result of developing poor emotional coping skills, aberrant thinking and pathological behaviors, like:

The final consequence is people with high ACE scores have a significantly reduced longevity. We were shown an interesting map of Richmond with higher socio-economic districts, like Westover Hills having a life expectancy of 83 years. Whereas poor areas like Gilpin had an expectancy of just 63.

Mitigating the effects of these adverse events is tough.  Treating requires therapist and patient to know and understand the effects of adversity in childhood - so called “trauma informed care.”

It requires breaking down and changing the behaviors ingrained in childhood into the developing mid-brain – the part of the brain that is in control of emotional responses.

A key enquiry is to not “ask the person what’s wrong with them”, but ask them “what happened to you” noted Richardson-Lauve. Look beyond just the immediate health problem for what might be motivating unhealthy behavior. Then work on building resilience.

Resilience comes from attachment to someone or some organization that will show consistent love and validation. Teaching how to work on and regulate psychological and behavioral responses. Learn competence and how to act rather than react – and so make good, reasoned choices, rather than emotionally motivated impulsive ones.

The disheveled old guy I was seeing back in the clinic after attending this conference, is homeless and has lived in a tent in the woods around Fredericksburg for the last 12 year, so has probably experienced deprivation trauma. But I probably should have been enquiring into his childhood – though I wonder if he would think I was some kind of screwy if I did.

He, and so much more of the population need to become “trauma aware.” Aware of what the combined research teams from Kaiser and the CDC have found, and what Richardson-Lauve and ChildSavers are promoting.

Aware of how even years later the effects of kids being mistreated can have profound health consequences, and get them to understand and change that behavior and how they are seen by the world.

“How you treat yourself is how you are inviting the world to treat you” noted Richardson-Lauve.