It was fairly big news, announced by Michelle Obama a week ago, that for the first time since the introduction of nutritional labels in 1994, they are being upgraded. The kind of stuff that most people see as an improvement – but not if you’re the sugar industry. 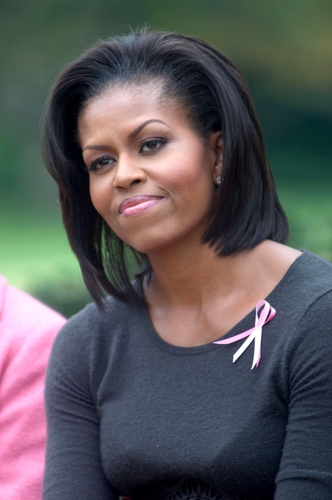 It may be mainly the nerds and the food freaks among us who look at those rather formidable looking labels, telling you what percentage of the recommended daily intake this item will provide. But it’s stuff we should all be paying attention to.

This is of course the domain of the FDA, which oversees deciding on, and informing us about, recommended daily amounts. This long awaited upgrade has changed some of those daily intakes - like vitamin D, sodium and fiber. And the new labels have total calories and portion size much more prominently displayed.

They have also supposedly made portions more realistic. Like increasing a portion of ice cream from a ½ cup to 2/3 – though does anyone ever stop at 2/3 of a cup?

Similarly they have bent to the unhealthy cultural trend by increasing size of a standard soda from 8 to 12 oz.

And for something that contains multiple portions they indicate how much for each portion and how much for the whole package.

The most revolutionary change however, is to include a percentage daily value for sugar – and to specify how much of that is added sugar. And this has caused controversy.

That means for the “standard” 2000-calorie diet we shouldn’t get more than 200 calories from sugar – which equals 50 grams.

With all the revelations about the bad things that sugars do to your metabolism, and our relentless societal progress to obesity and diabetes, giving people some idea of how much sugar they should (or shouldn’t) eat seems like a great idea.

But the food industry doesn’t seem to agree.

A consortium of six players in the industry (bakers, beverage, corn refiners, dairy, frozen food and confectioners associations) wrote the FDA objecting. And apparently trying to delay the re-labeling . And Andrew Briscoe, president of Sugar Association noted at a hearing “there’s no preponderance of evidence to justify an added sugar label” – although it has already been two years since the FDA made these proposals. And food companies have until 2018 to implement.

For consumers, following the advice on the new labels still requires a bit of math, and knowing that these are the percentages for the “average” (2000 calorie) diet - even though Michelle Obama is quoted as saying  “you will no longer need a microscope, a calculator and a degree in nutrition.”

But the revision of recommendation on fiber is good, and likely to help people lose weight – judging by a study done by the University of Massachusetts Medical School on people trying to lose weight. This found that just telling people to eat at least 30 g a day of fiber was very nearly as effective as having people follow the much more complicated American Heart Association diet. So the simple measure of just eating at least 30 g of fiber a day will help people lose weight and follow a healthy diet. 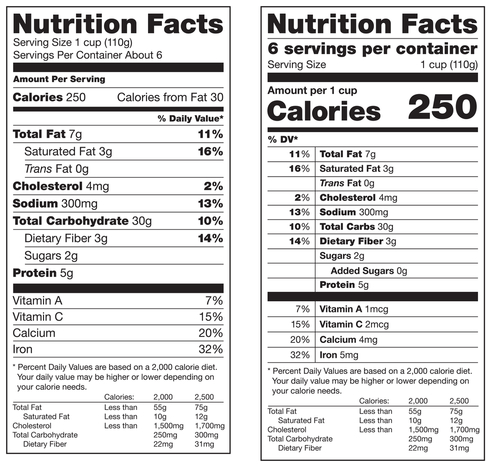 Don’t Let Health Get in the Way of Profits

The food industry’s objections I suppose is just par-for-the course?

Over consumption of sugar, and the fact that so many foods have so much sugar added (as discussed before, because when foods went low-fat, sugar was substituted) is fairly universally recognized as bad. But taking a position different to the vast majority of experts is presumably from concern about losing business for the sugar industry.

It’s the same story as the tobacco industry it seems to me. Even if it’s a move that is likely to benefit the health of our society, if it impacts profits, it has to be opposed.