The Zika virus is the latest health scare to get us all riled up. But if it really is causing small headed babies, it seems the prospect for a preventative vaccine are not exactly immanent. 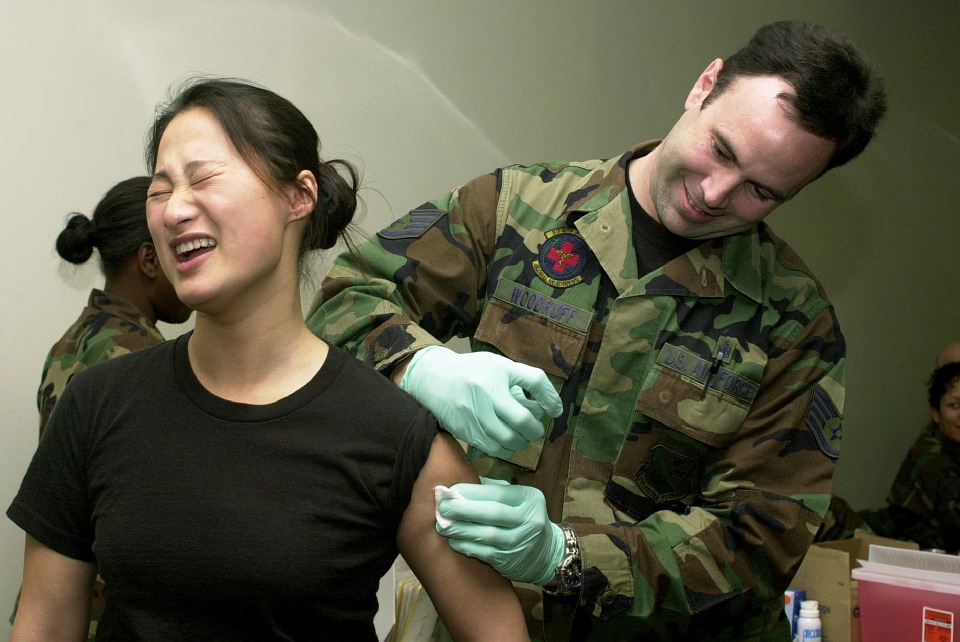 Tell me the doctor's not enjoying this!

It’s not like it’s brand new. Zika has been known about since 1947 reports CBS News, but no one got very excited about it as it causes nothing more than a mild flu like illness.

Or that’s what we thought – until reports of babies in Brazil with microcephaly started cropping up.

Be aware however, it is not definite that Zika is causing microcephaly. It’s hard to test for Zika virus (partly because it is very like other, related exotic sounding viruses like dengue or chikungunya), and you have to differentiate between them.

“Faster, better diagnostic tests would allow researchers to test thousands of people to see how common the virus is and whether women who have babies with microcephaly are in fact more likely to have been infected with Zika virus when they were pregnant” reports NBC News.

We Want a Cure

Now of course, there is a clamor for something to fix it.

Antiviral medicines are in their infancy. We have had much greater success in combating viruses by immunizing against them. And the good news is that Zika is very similar to Dengue and West Nile virus (like Zika they are also both carried by mosquitos), which “will serve as a jumping off point to develop new vaccines” noted Dr. Anthony Fauci, director of the U.S. National Institutes of Health's National Institute of Allergy and Infectious Diseases, at a CDC press briefing.

The options are using some part of the viral DNA to induce immunity. Or use a live attenuated (meaning weakened so as not to cause the illness) virus, as is done with Polio for example.

The bad news is, that even when the boffins have come up with a suitable vaccine* there’s still got to be some manufacturer willing to make it – who are of course focused on profitability (which includes potential liability costs).

I am just listening to The Panic Virus on audiobook in which Seth Mnookin slams the antivaxers for their very effective campaign promoting the idea that immunizations and mercury in thimerosal cause brain damage and autism – as claimed by the infamous but now discredited Dr Andrew Wakefield. And the media for taking up their cause without reviewing the evidence, for themselves.

In the battle between the distraught parents of autistic kids, and the vaccine manufacturers, the establishment (or the law courts) came out in favor of the establishment (or the doctors/manufacturers), which prompted legislators to act so that on “February 22, 2011 the U.S. Supreme Court shielded drug companies from all liability for harm caused by vaccines mandated by government when companies could have made a safer vaccine” complains guest commentator Barbara Leo Fisher in an article titled The Latest in Atrocious Supreme Court Decisions on Mercola.com (a site telling you to “take care of your health” – a sentiment I normally whole heartedly agree with, incidentally).

Though shielded from liability, the manufacturers still want to turn a buck – to the point where they are not interested in producing for third world countries that can’t pay much, notes Margaret Chan, Director General of the WHO. “A profit-driven industry does not invest in products for markets that cannot pay,” Chan is quoted as saying in The New York Times.

“Big pharma’s greed has delayed the development of an Ebola vaccine” for example, she told a conference in Benin in West Africa when it was Ebola rather than Zika virus that was hitting the headlines.

As with pricing drugs in the US, the cost of vaccines is a capricious business according to a report in Think Progress.org, who note “experts say that in determining the price of drugs, pharmaceutical companies rarely take into consideration the cost of production. Instead, they adjust the price to what they think their largest customers — national governments and global health organizations — will pay.”

It is estimated, despite the advantage of the knowledge about similar viruses, even if a manufacturer would take it on, it will still take years to develop.

There’s also the complaint that when some one or other outbreak isn’t hitting the headlines, everybody loses interest.

So the bottom line seems to be, there won’t be any vaccine against Zika virus anytime soon – but if it’s not causing microcephaly I guess we can all relax.

*“Immunization” rather than “vaccination” is the preferred word, note the fastidious wordsmiths. We're moving away from “vaccine,” with its Latin meaning of cows and associated images of Edward Jenner inoculating milkmaids with pus from cowpox-infected udder sores.