Years of Misery a Patient Could Have Avoided

A story in the local paper made me wonder, when your doctor’s being lame, why doesn’t the patients take charge?

The story that prompted this was in the Healthy Life section of the local paper (May 29th edition of the Fredericksburg The Free Lance-Star - “Medical Mystery Finally Solved.”)

A distressing tale of a 30 year old woman who had suffered “inexorable weight gain” since middle school despite repeated attempts to diet and exercise. She was totally frustrated with her doctor who, “for more than 15 years. . . . doled out the same advice: You need to stop gaining weight.”

She also had a lot of facial hair (hirsutism), acne, irregular periods and trouble getting pregnant.

She went to other doctors, but they also didn’t come up with the correct diagnosis – which may be partly because “she was too intimidated to ask why her weight didn’t budge.” And “the facial hair thing was embarrassing so I didn’t want to talk about it” she says. And the “same with the acne.”

She went to various gynecologists, one of whom suggested she might have polycystic ovarian syndrome (PCOS) but told her there was no test for it.

Then finally, she finished up with yet another, who knew that there are actually tests for PCOS – a blood test for testosterone (yes, even women have some of that macho male hormone, which is elevated in PCOS, which causes the acne and the hirsutism). And pelvic ultrasound will show the sin-a-qua-non, of multiple cysts on the ovaries.

She finally got diagnosed with PCOS and put on metformin – which corrects the insulin resistance that makes it so difficult for sufferers to lose weight. And she put herself on a Paleo diet, lost 50 lbs. and got pregnant (with identical twin boys incidentally).

The Moral of This Story

When I hear a story like this I wonder why someone like this hasn’t jumped in, taken charge and either diagnosed themselves, or found a doctor who will.

I guess that’s easy for me to say and I understand that either rout has its hurdles - part of which is that for some reason people feel like it’s almost “none of my business” - such is the passivity that the paternalistic medical profession has generated in its patients.

Or that it’s just so way beyond a person’s ability, to be in charge of their own medical destiny, that they don’t try.

I have to say, any doctor worth his salt should have picked up on this diagnosis it seems to me – and noticed the hirsutism and acne, even if the patient didn’t complain of it. It’s not like PCOS is such a rarity – it is “one of the most common endocrine disorders of women” with a prevalence of 4- 12 percent.

There are websites like i-triage and Isabel system that will help make a diagnosis (though I don’t find them the most user friendly and you have to sign up and pay). Or I just Google’d “female obesity acne irregular periods, infertility” and got 892,000 hits, the top 10 of which all were listed under Polycystic Ovarian Syndrome.

So, gird your loins, and be a medically emancipated patient if things aren’t getting sorted out. Confront your doctor (in the nicest possible way of course – though the technical term “encounter” between a patient and a doctor always seems to me to have a bit of a confrontational connotation). 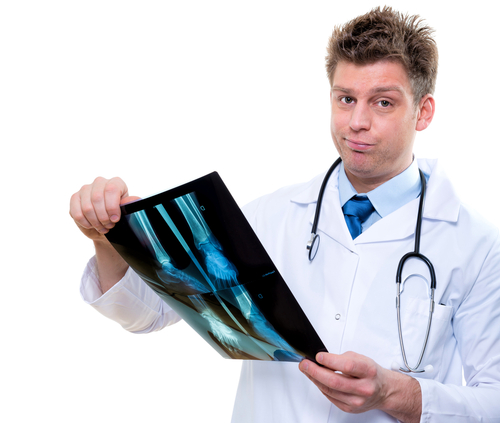